There's a stark divide in life, one which separates people I very much want in my world with from those I very, very much don't.

And, happily, there's a straightforward test to work out who's who.

I did something rare last week, and had a little time off.

Some fine old friends came visiting, I showed them Cambridge, and we watched the World Cup; a simple, but effective plan. 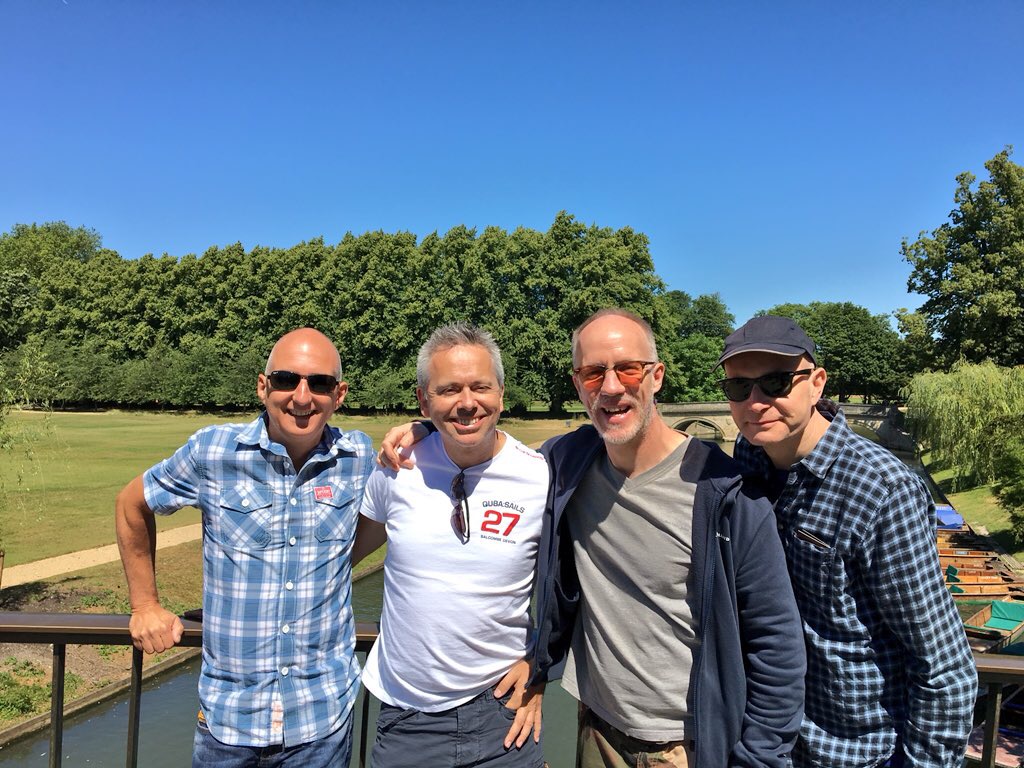 Steve, Trevor and John (you'll immediately recognise the film star presence of the other buffoon) did't know each other until I introduced them, and I'm proud to say they all got on straight away.

I was wondering why that might be, and came up with a whole lot of thoughts -

Aout humour, warmth, intellect, charm, kindness, wit, downright good eggness(if that's a word, well, it is now, I'm a writer, after all), and then realised there was something else.

This understanding came as, last week, I was also helping to put together an event here in Cambridge.

It's a great opportunity, concerns one of the actors and writers from The Simpsons, and was obviously going to be hugely popular.

We had it all arranged, the visit, timings, format, media coverage, there was nothing much to do apart from find a venue...

But here's the but.

We approached a few places and were met with a lot of sucking in air, looks of incredulity, if not horror, tut tutting, chewing of teeth, shaking of heads, all that nonsense...

Because we wanted to put the event on not in two months' time (which I think would have been fearful enough), but two weeks.

I feel their pain. Oh, how I feel it.

Having a beautifully wrapped gift dropped in their lap, one which will bring great credit, and profile, not to mention a bit of money to their organisation...

And them having to actually shift into action and help make it happen. What a dreadful, awful, agonising hardship.

Excuse the sarcasm, but I was considerably less than impressed.

And then we went to another organisation, the lovely Intellectual Forum at Jesus College, and it was yes, yes, yes, we can make that happen, all the way, no problem, anything you need.

Wow, what a difference in attitude. So they get the event, and all the fun and glory that goes with it.

That's the big divide. The one that sets my dear friends, and our event hosts, apart from all too many in life.

The delight of the Can Do attitude.

And happily, it's so easily identified. Here's my user guide -

If your very reasonable request gets the sucking in of air, look of shock treatment, then don't waste your time, just head straight for the door.