I had some thinking to do last night, so I invited myself out for a beer and - unsurprisingly - I graciously accepted.

And I was asked what seemed to me a very strange, if not baffling, question; not once, or even twice, but three times.

Ok, it was Boxing Day, and lots of people around me were with their families and friends. And I know they were being kind, but I simply hadn't imagined myself in the way they clearly saw me.

And I kept being asked - "Are you ok on your own there? Would you like some company?"

It took me a while to realise they must have seen me as (1) alone, and (2) lonely. Which was quite a surprise, because I felt nothing of the sort.

I'm lucky enough to work with quite a few aspiring writers, many of whom are very talented and will undoubtedly get published. But there's one failing which a remarkable number share, and it always surprises me.

I've lost count of the number of times a row is brewing, or a fight, and the writer skips over it with a couple of bland references to words exchanged, or punches thrown, and then moves on in the story.

I have a simple piece of advice - stop that at once!

Like this sky from last week; savour the redness...

Conflict is a key part of writing. It's the culmination of many a story line and interaction between characters. And it adds real pace.

It's been a bitter-sweet week of writing flavours, but happily ending with a very satisfying pudding.

I finally finished the edits on my young adults book. That's a source of pride and achievement, of course, but also sadness.

I tend to fall into a pit of glummery at the end of a major project and this week was no exception.

It's like the end of a long term relationship. You're together and happy for so long, even through the ups and downs, and then...

So I've been doing some moping and missing the book, which lasted for much of the week, until I got fed up and decided to kick myself out of it.

The best way to do that, in my humble view... 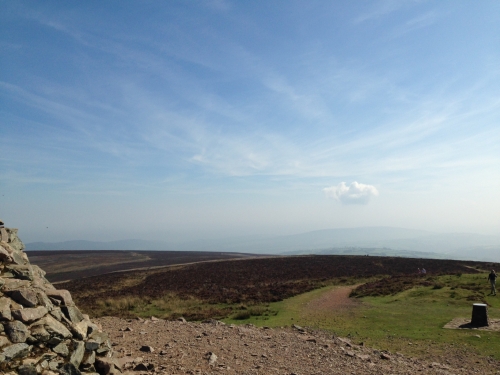 There's a very familiar lament you hear as a writer, and it goes like this -

It's a fair point in one way. Yes, a novel is a lot of work, even if it's a labour of love for most of us. And it does take time.

But! Try some lateral thinking and instead see it this way -

Towards the end of last year, I was doing a book talk to a group of writers in Hampshire. Afterwards, one lady, who had a very demanding full time job shared that old and oft-told refrain with me. "Oh, I'd love to write a book..." etc.

Every year, you get to Christmas, and look back and reflect on how fast the year went... and then you resolve - "Well, next year, I will get around to writing that book."