Honesty, as Billy Joel memorably sang - "Such a lonely word" - but so important in writing and life.

I enjoyed / suffered a period of honest reflection on Friday evening, after a very uplifting afternoon.

I'd been seeing one of my students, Jack Sheeran, who's secured himself a place on a journalism masters course for next year. We were doing some mock interviewing, ready for his visit to City University, London - 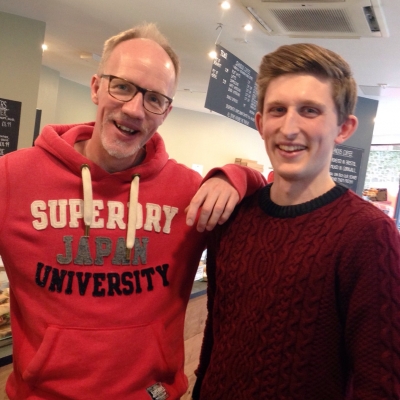 Jack was good enough to thank me for guiding him into a career, which was most kind (actually, it was just down to his hard work), and that evening I was thinking about what I do in life, and how.

This is where the honesty bit comes in, so prepare yourself for a shock -

I think I'm a decent writer - (1) a pretty good journalist (I should be after 20 years of it), and (2) a passable novelist (enough to get published, but not an award winner by any means).

For me, the most important commodity in writing is our creativity.

Without the thought, the idea, the excitement and impetus they bring, we're lost.

But the second most important commodity is time.

Like a microcosm of life, there's so much writing to explore.

I'm currently working on a radio comedy pilot and enjoying it hugely. It's such a subtle and intriguing art, creating characters and scenes within the imagination of a soundscape.

But at the same time I've got a couple of short stories to submit, a novel to edit, and teaching to prepare for the summer, which means I have to prioritise.

And much as I love blogging (who doesn't like talking about themselves, least of all me?!), that means this week's ramble must be a short one.

This week brought an emotional goodbye, but also an enticing hello.

It was farewell to an old friend I'd grown very attached to. We'd been through a great deal together, highs and lows, and had some amazing times... 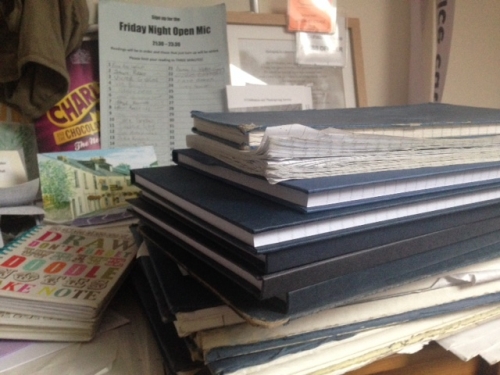 I get through notebooks at the rate of one every six months or so, and the latest has joined the pile of memories in my study, right there at the top.

It's not that I'm nostalgic (although I am), I do feel that the past deserves honouring. And there are practical reasons, too, for keeping the notebooks.

Each is a guide to what I was working on at the time, going back ten years now, my thoughts and feelings, like a writer's diary. And each outlines the development of everything I've ever written.

But they're also full of knowledge, all that I've learnt along the way, and that I very much want to keep close.

I've been celebrating a birthday this week (no, I'm not saying how old).

I had a splendid time, culminating in a surprise visit from my wonderful daughter, Niamh, who came back from university to say hello. 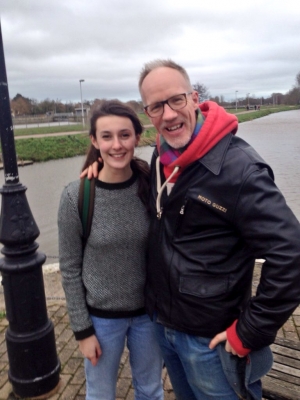 But it got me thinking that, however pleasant the day was, there's another birthday which now means more to me.

I suppose it's a writer's official birthday, just like the Queen.