Lows follow highs; it's the way of the world.

But the sun does come out from behind the clouds, if you can find a little patience.

I suffered a low this week, after such a wonderful time teaching at the Winchester Writers' Festival.

Nothing was really wrong. It was just a case of life returning to normal, and that being quite a hit after such a high.

So I moped around in my usual melodramatic way (I sometimes believe writers like to think they feel more than mere mortals, and are keen to make that clear to all concerned), and then... 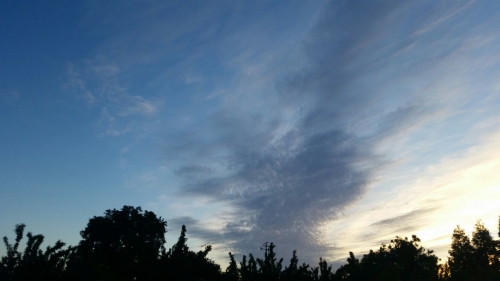 Just after I took this picture, the sun broke through again. In only a small way, but sufficient to lift me.

The Long Road to Success

I'm just back from the great Winchester Writers' Festival, having had a terrific time, with an important lesson for writers everywhere.

The road to Success can be a long and testing one. 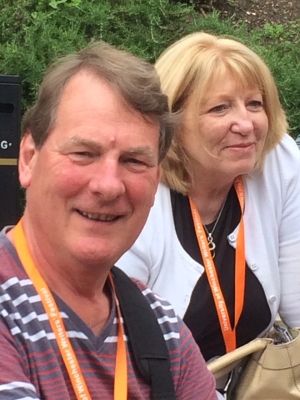 This handsome chap is Dave Evans, who was on my course when first I taught crime writing at Winchester, four years ago.

We've always kept in touch, and - as Dave would tell you - there have been difficult moments. He's sometimes wondered when his break would come, known painfully well those dark days of loss of belief and confidence, but...

And come this year's festival...

Anticipation is such a wonderful thing - the driver of so much of writing and life.

I've been enjoying plenty of it this week. From the build up to the start of Euro 2016, to teaching at the Winchester Writers' Festival next week, not to mention two weeks of hols to fully enjoy it all..

Ah, so sweet is the scent of anticipation.

Even today's rather curious element of anticipation, a first for me, has been a joy - rehearsing the panto I've written for the Swanwick Writers Summer School on Skype -

(This is director and fellow thespian Phil looking very actory,)

Anticipation is fundamental to writing. From the very start of a story, writers build up the anticipation. Of what's going to happen in the plot, or to the characters... it's all about that journey.

Every way of life brings the opportunity to leave a legacy. But writing offers more than most.

That little thought was sparked by a cute, cute, cute experience walking along my dear River Exe this week -

Some new born cygnets, the first of the season, were getting a breakfasting lesson from mum and dad. Even grumpy old me had to smile.

But aside from our families, I've often heard writers say the legacy they're most proud of leaving is their books.

They can last for many years after we're gone, and bring new entertainments and insights to the generations which follow our own.

That's a tempting argument, which I've got some sympathy with.