One of my favourite features of writing is how much it can teach you about life.

I did an unusual event this week. It was for the South West Academic Trust, to 150 of the most gifted sixth formers from ten schools across the region.

They asked me to do a two hour session, talking about my writing and journalism, but also "wider themes".

I thought hard about whether to use this title, given its remarkable modesty, but went for it anyway - 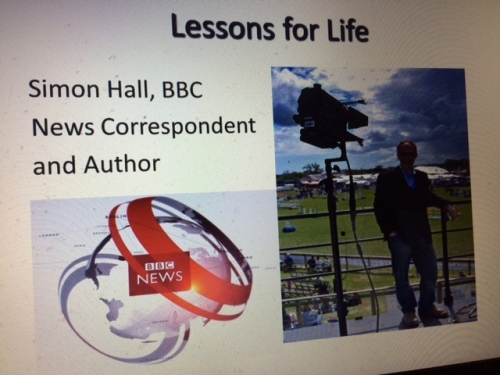 And happily the title worked. It was a great ice breaker, and it certainly got their attention (you know how cool and hard to engage da yoof can be).

But also I could speak with integrity, and that came across. Because I genuinely meant what I was saying. So much I've learnt in the course of being a writer are lessons for life.

Life is full of big decisions.

Like - should I change jobs? Or move house? Or town? Or what beer to have next?

But for a writer, few decisions are bigger than choosing a reading from their new book.

The Justice Mirror is out next month, I'm lucky enough to have been invited to give a few talks about it, so this week I've been agonising over which part to read.

Something from the middle, full of action? Towards the end, to hint at the drama of the denouement? An exchange of dialogue, to demonstrate the richness and appeal of the characters?

No. For once in my life, I've decided to be straightforward and read from the beginning.

And so, with all due fanfare, red carpet, 21 gun salute, flyby from the Red Arrows etc etc...

I was asked an excellent question this week, which made me stop and think, as the best questions do.

I've been invited to give a talk to a couple of hundred sixth formers, some of the brightest in the south west.

It's about journalism and writing, inspiration and aspiration, lessons for life, you know the kind of thing I often waffle on about.

I was sitting in my local pub, pondering what I would say, when one of the staff asked what I was doing.

I duly explained. The lady in question, who has repeated experience of me sitting there, gazing into space with a beer or two, as I think over various matters, then asked simply -

It took a few seconds for me to think it through. But ultimately I told her it was down to the attitude I'd first noticed in myself at Xmas time as a boy.

Feedback is the medicine of writing.

But feedback is a feisty beast and hard to handle.

Giving it out can be dangerous. Many times I've seen feedback sessions spiral into an argument.

And receiving it can be just as hard.

I've been on the sharp end of some feedback in the last few days. Whether it was about the poster to advertise the launch of my new book - 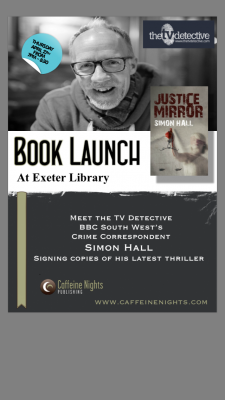