He was a great writer, who taught his fellow authors a huge amount, but I have one big beef (he would probably prefer the word bull) with Ernest Hemingway.

He left an inescapable legacy to the scribblers who came after him.

I'm in the fortunate position of being able to do a mix of work, from the well paid to the pro bono.

I consider it part of the duty of anyone who's been lucky enough to do well in the world, to give something back, and so I teach writing and media careers at schools and colleges gratis.

But being lovely people, as those who work in education generally are, they often like to get me a small gift in recognition of my efforts.

And here's where Hemingway comes in.

His well publicised love of red wine has entered the popular mindset about it being the only drink for a writer. 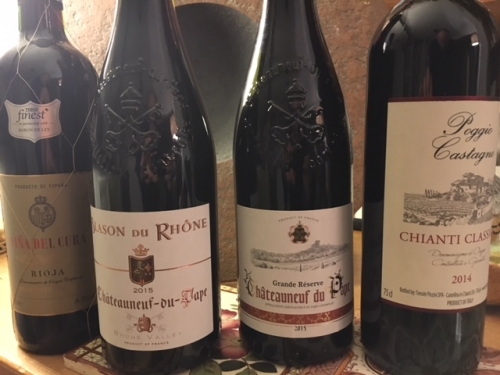 Just a few of the bottles I've been given as gifts for recent events. And every single one a lusty red.

I'm not complaining. I very much appreciate the gesture. It's not expected, but is most kind. And they do get drunk.

It's just - well, maybe I shouldn't shatter the carefully crafted image of the writer that Mr E Hemingway so kindly created for us - but actually, I'm more of a beer chap.

Still, overall, whatever a particular author's poison of choice might be, there's one part of the image I can't quibble with Hemingway about.

Bless him for making it entirely acceptable - even expected - for we scribblers to sit in the corner of a pub, imbibing as we go about our "work", whatever it is that we may be sipping happily away at.