We all have them. Big weeks.

Whether it's their workload, or their importance, or both, they're BIG.

But how to deal with them?

Let me air some insights I've found on my way, because I've just had a terrific one. A very BIG week indeed. 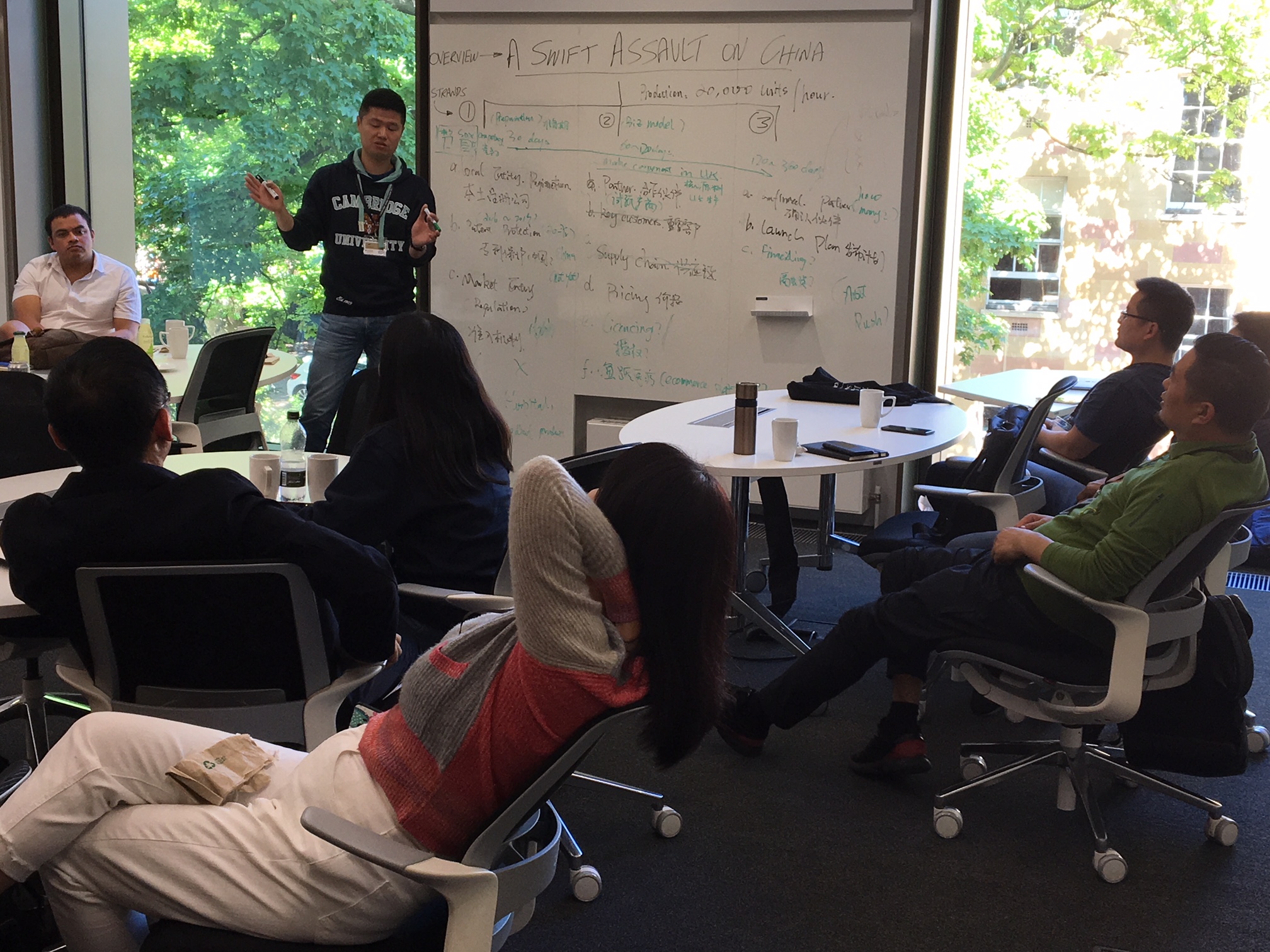 This was one of the many highlights -

Meeting a party of entrepreneurs from China, and coaching them about British ways of doing business.

We set them a challenge, using one of the companies from Cambridge Judge Business School as a case study, and wow!

What energy, talent and determination. Off they went and planned us a fantastic strategy for breaking into the Chinese market.

It was a week long programme, and would have been plenty to keep me highly occupied and even more entertained, except... 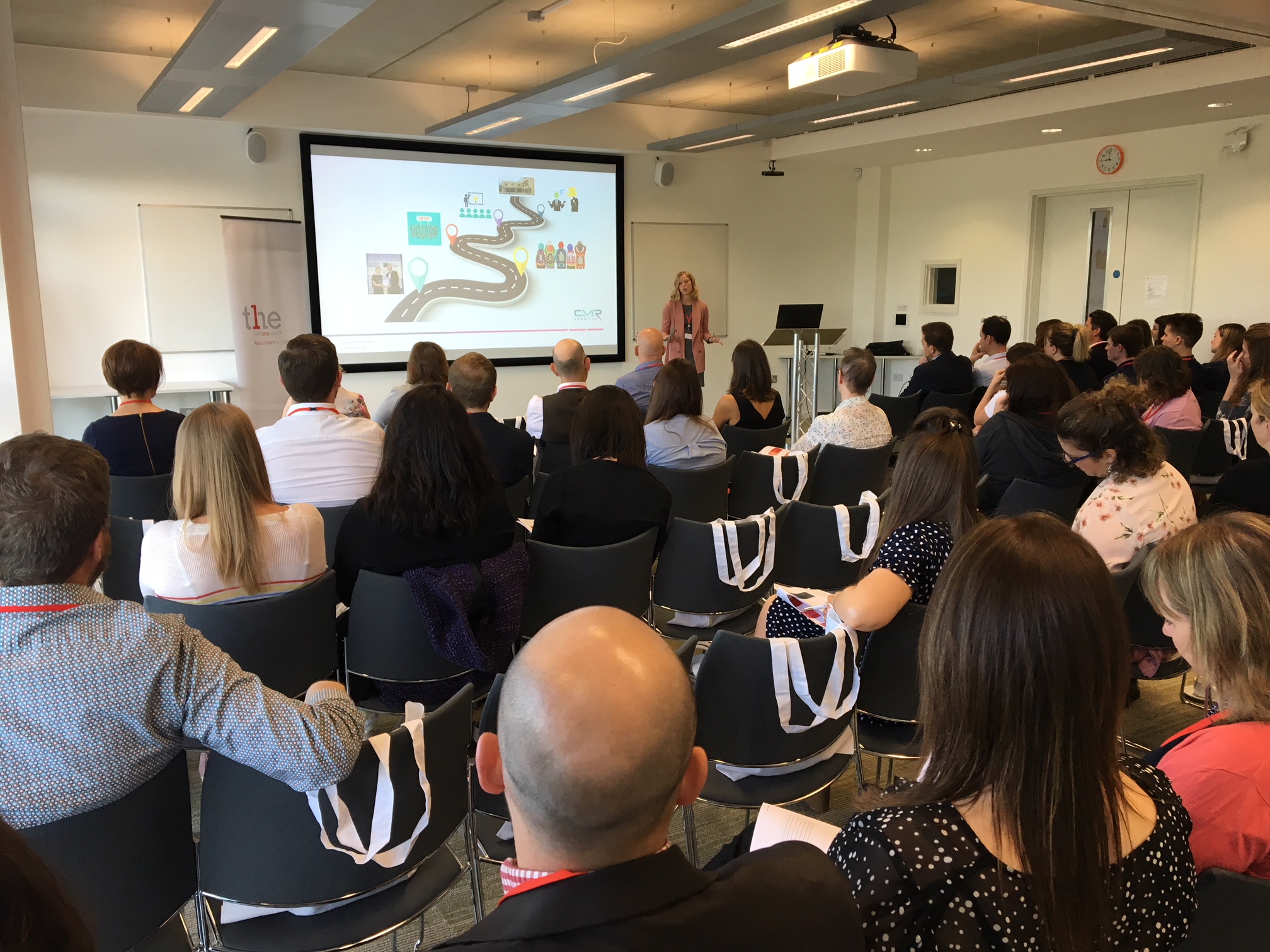 I had also signed up to do a morning with the excellent Learning at Work Week, hosted by my good friends at the Cambridge Network, this time talking about dealing with pressure.

And on top on that, in the evening, one of the highlights of my career - 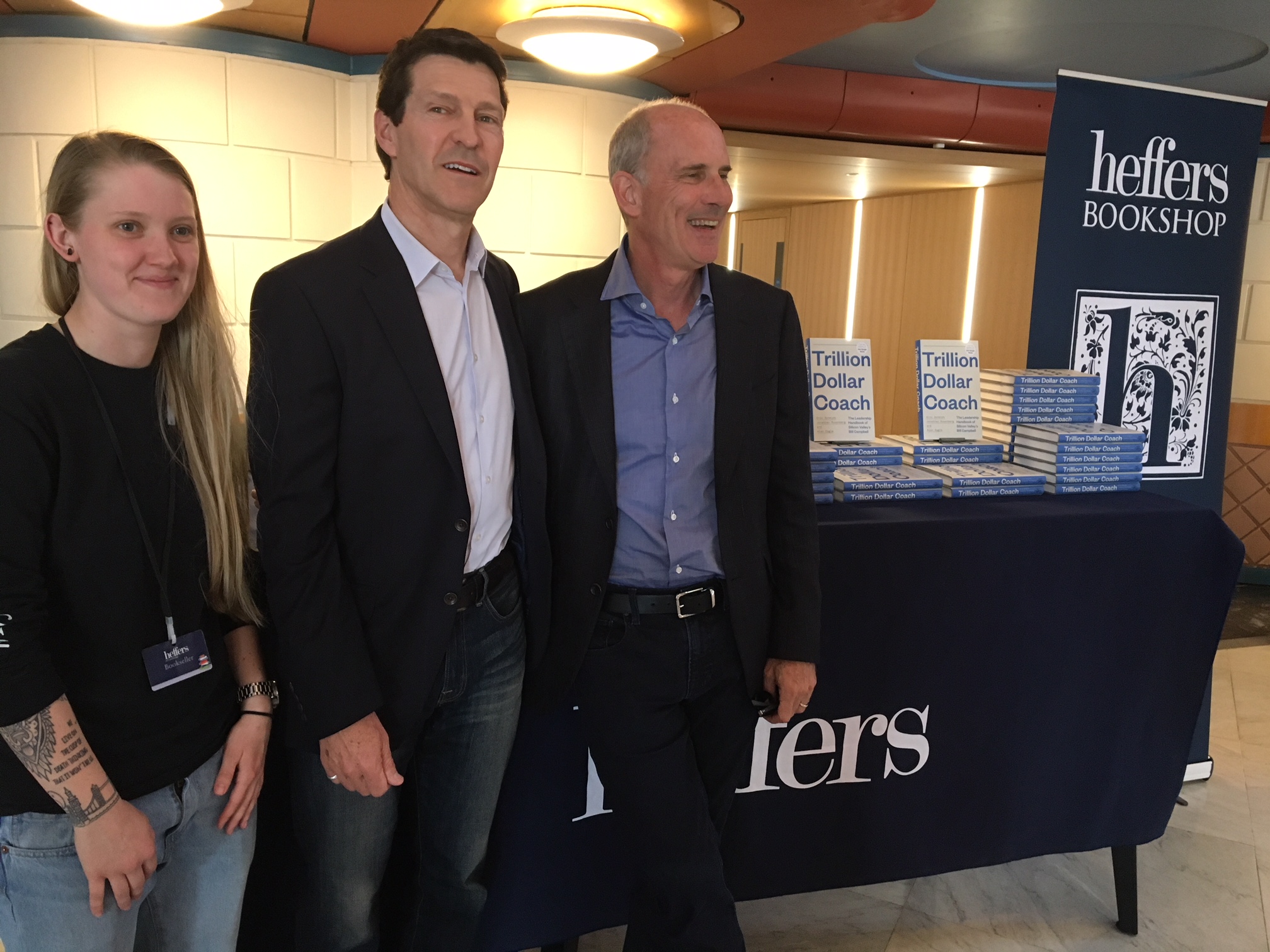 Hosting two of the senior executives at Google in conversation in front of a very BIG crowd.

It was a wonderful event - I learnt so much, and from the feedback I've heard, the audience did too. 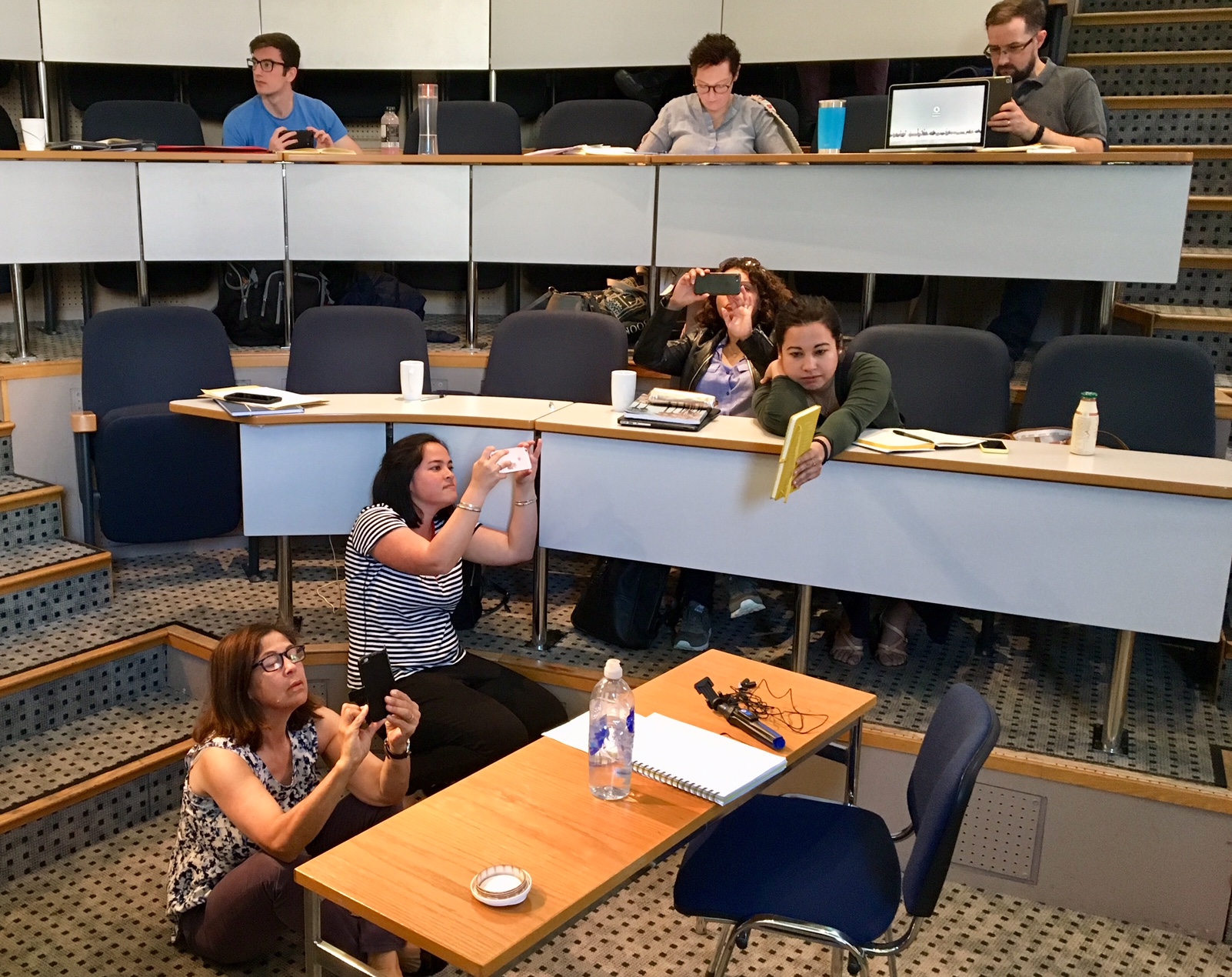 On Thursday, I was lecturing on how to make videos to some of our entrepreneurs -

Which, as you can see from the photo, was a lot of fun (and reasonably useful, too.)

That almost brought us to the end of the BIG week. Which meant a treat.

Come on, who doesn't deserve one sometimes?

(For me, that's part of the strategy for dealing with BIG WEEKS - giving yourself something to look forward to at the end of it.) 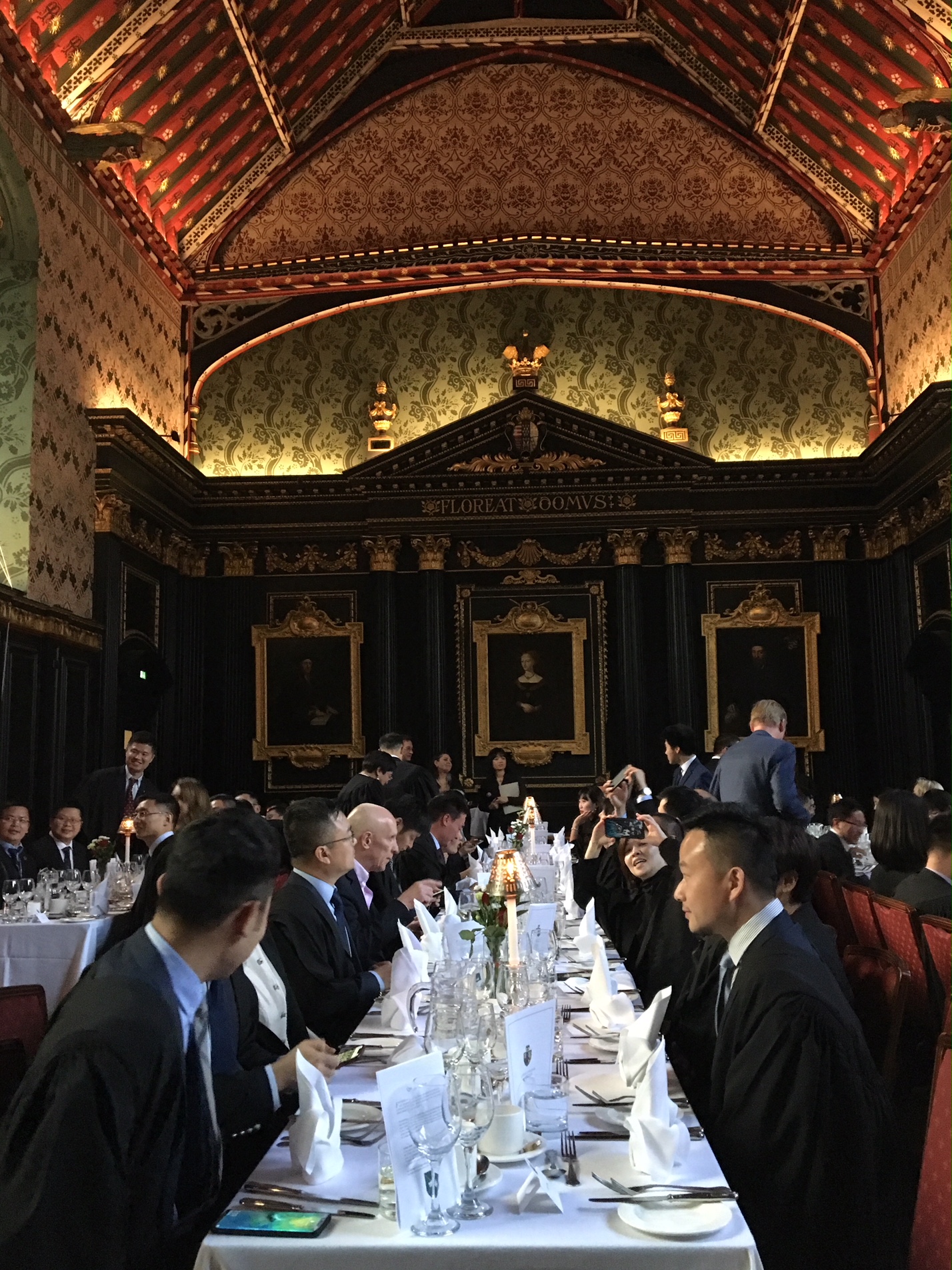 In this case, dinner with our Chinese friends at Queens' College. And what a great night, in magnificent surroundings.

So, back to the point, which was -

How to deal with those weeks?

Firstly, exercise. Despite the schedule, I still managed to build in a few hours to run and stretch. And felt so much better for it.

But what helped me more than anything else was preparation.

I keep a careful eye on my diary, and spotted that it was going to be a very BIG WEEK about a month in advance. So I made sure I was as ready for it as I could be.

I read up on Google early, wrote my intro for the talk, and had plenty of time to set it in mind beforehand, along with some key questions to ask.

I studied Chinese customs and business practices, so I was at least a little prepared for a very different approach.

I got my lecture all ready a couple of weeks in advance, so I could just walk in and go.

And sitting here at the end of the BIG WEEK, I'm happy to say the preparation and planning worked.

It was certainly a VERY BIG WEEK.

And for all the right reasons.