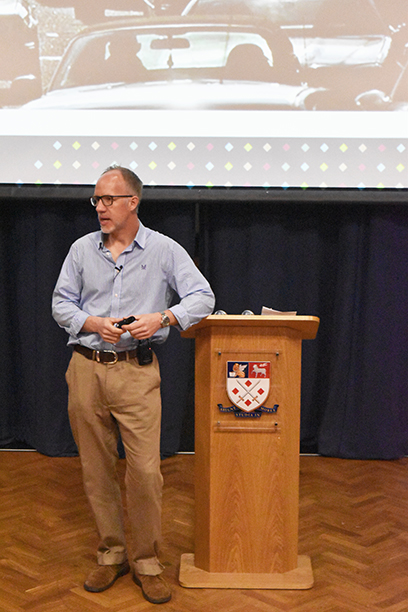 I've been lucky enough to travel widely, giving talks about my work in the media and writing.

I've appeared at universities, on cruise ships, at libraries, writers groups across Europe, and for organisations including the Women's Institute and the University of the Third Age.

My talks combine the poignant, such as reflections on being sent into London to cover the first suicide bombings on British soil, to the humorous and absurd, like the now infamous anecdote about what to do when you really need a dead otter.

I offer training in the art of public speaking as part of my work as a communications consultant.

If you have a particular requirement for an event, please get in touch and I'll be happy to help.