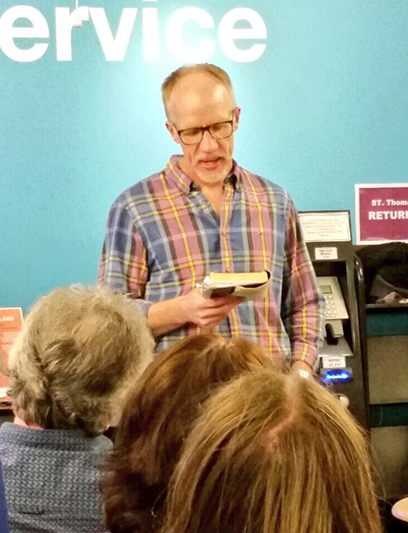 Seven novels have been published in my TV Detective series.

The books focus on a television reporter who covers crimes, but gets so involved in the cases he helps the police to solve them.

They've become known as the TV Detective series, which is where the name of my website comes from.

I've also written a range of short stories, a play, and even a pantomime. (Oh, yes I have!)

I've worked as a journalist for 25 years, mostly with the BBC as a News Correspondent across television, radio and online, specialising in business, economics, and public policy reporting.

I've also been a reporter for ITV, and independent radio, as well as a producer of documentaries, news programmes and bulletins.

I continue to work as a journalist, regularly contributing freelance articles to newspapers and magazines.