My story The early years 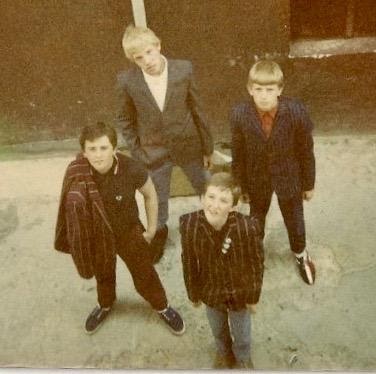 I only remember winning one thing at school; a 50 word story competition.

But looking back, that must have been the start of my love affair with words and writing.

I was certainly better with them than fashion. Witness this attempt to recreate the cover from The Who’s My Generation album.

At university, I became a radio DJ, probably because I like the sound of my own voice.

Here, graduating with my Mum, Dad, and Gran, possibly the world’s most formidable, yet loving woman. 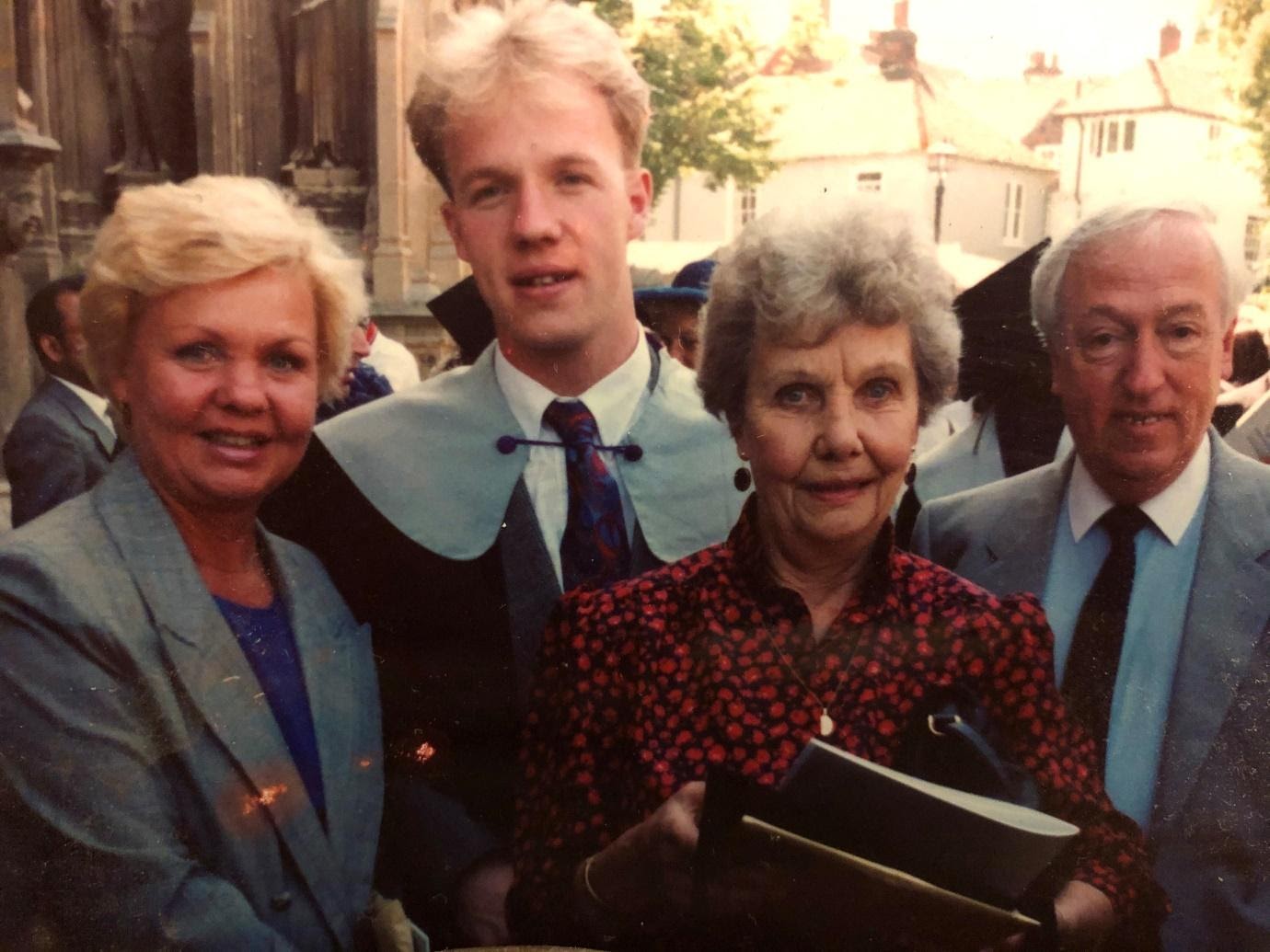 From there, I moved into journalism, and after college joined the BBC as a trainee

My story My time at the BBC

I became a TV reporter, then a Deputy News Editor. But it quickly became clear I wasn’t terribly good at management.

I didn’t like the meetings and bureaucracy, so went back out on the road as a News Correspondent.

Initially I specialised in the environment, then police, courts, and crime reporting, before spending the last eight years at the corporation covering business and economics. 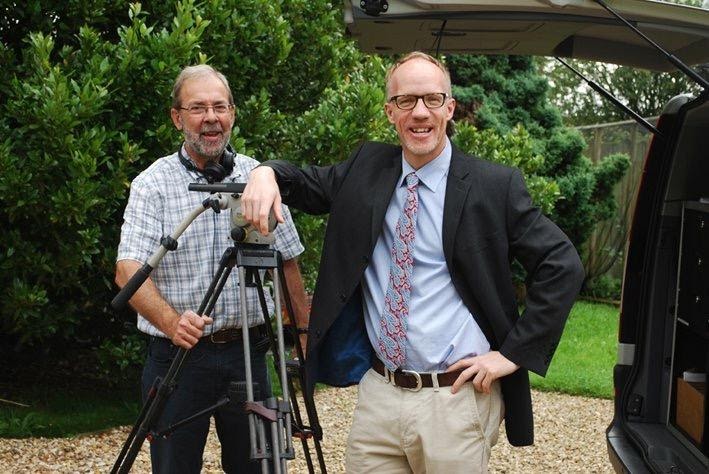 I even had some ties for that, an accessory I’m rarely spotted sporting.

Around 2005, came a turning point. I started to get frustrated with telling stories in only two minutes on the television, so I challenged myself to write a novel.

I did, and it was awful. Really, really bad.

So I wrote another, which was better… it rose to the heights of being terrible.

Then another, which wasn’t very good, and kept going, until, in 2008, I was finally published.

How proud do I look here at an early book signing? Me, a published author. Woo hoo!

I’m now lucky enough to have eight novels published, along with short stories, a play, and even a pantomime (Oh yes I have!)

My story My writing, teaching, and much more

The next big life change moment was an ambush. In 2010, I was asked to teach creative writing, and, after recovering from the shock gave it a go.

I found I loved teaching, passing on the skills I‘d learnt, and seeing other people benefit. 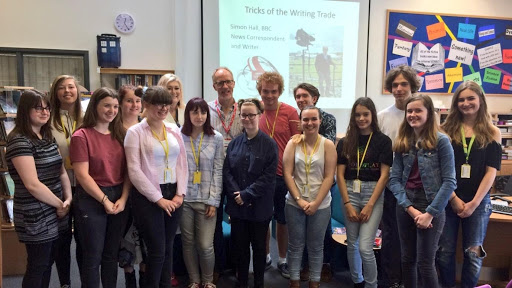 So I taught writing in many different places, and also began teaching aspiring journalists about the media, and how to get into the industry. 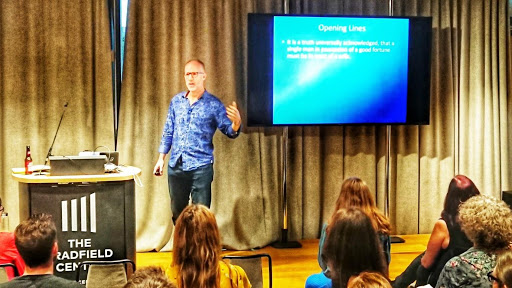 In the following years, teaching became ever more important to me, until, in 2017, I left the BBC to move to Cambridge.

I wanted to devote my remaining years of reasonable brainpower and energy to teaching and training. 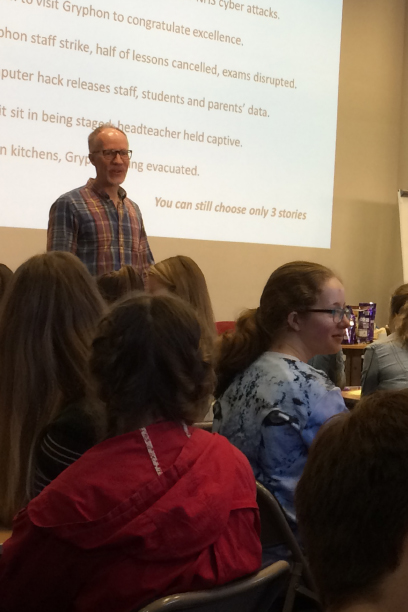 So where better than this ancient university city, which hums with energy, entrepreneurship and enthusiasm for making a difference in life? 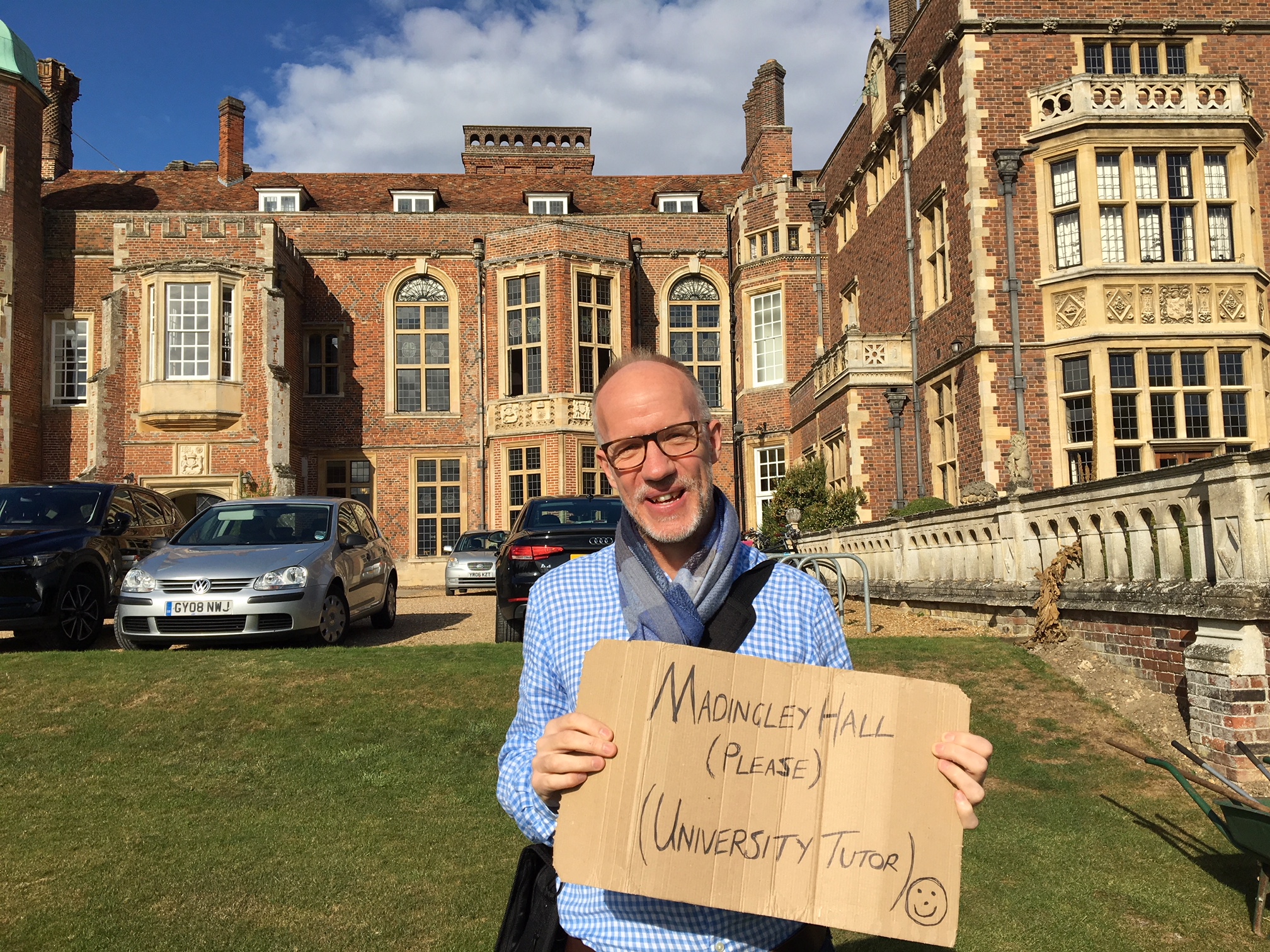 For more on me, including my view of the secrets of success in life, the quirks of how I work, and my secret superpower, see the